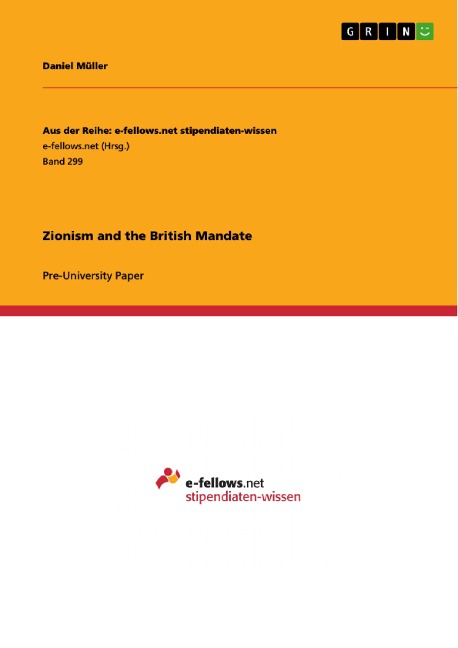 Zionism and the British Mandate

Pre-University Paper from the year 2007 in the subject English - Applied Geography, grade: 1,0, Hochfranken-Gymnasium Naila, language: English, abstract: The paper deals with the emergence of modern Zionism, spurred by pogroms and persecution directed against European Jewry. It highlights the situation in Palestine under Ottoman rule, before and after Jewish mass immigration.
The decades before the foundation of the Jewish state are of particular interest. The British Mandate period illustrates the competing struggle of two ethnic groups, i.e. Arabs and Jews, for sovereignty in the entity called Palestine. A superpower (Great Britain) attempts to contain sparking violence and works hard on equitable and fair solutions, e.g. various partition plans (two-state solutions). Modern-day politicians and conflict analysts should take this history into account.

Island of the Sequined Love Nun