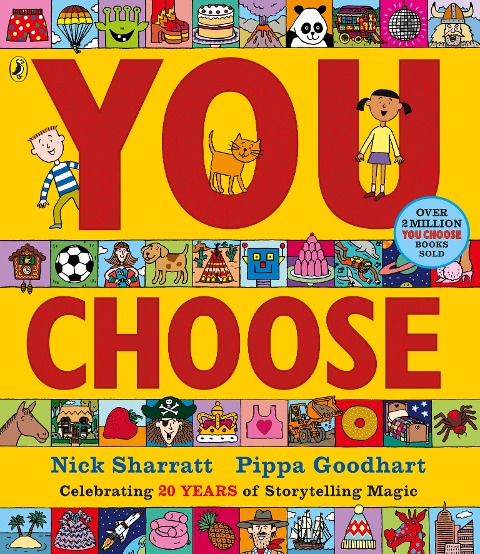 Pippa Goodhart (Author)
Pippa Goodhart's interest in children's books was originally sparked by a Saturday job at Heffers in Cambridge when she was at school. Since then, Pippa qualified as a teacher and returned to Heffers, where she eventually became Manager of the Children's Bookshop. She has been writing since 1993 and has written over 100 books! Her books have won or been shortlisted for numerous awards.

Nick Sharratt (Illustrator)
Nick Sharratt has written and illustrated many books for children including Shark in the Park, You Choose and Pants. He has won numerous awards for his picture books, including the Sheffield Children's Book Award and the 2001 Children's Book Award. He has also enjoyed stellar success illustrating Jacqueline Wilson's books. Nick lives in Brighton.