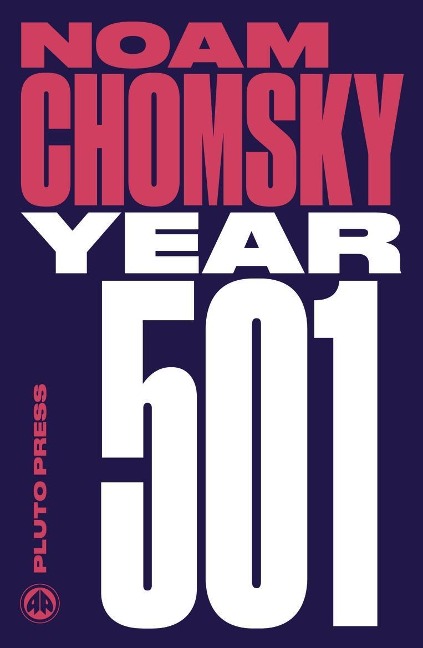 Exploring "the great work of subjugation and conquest" which began with Columbus, in Year 501 Chomsky surveys the history of American imperial power in the ensuing 500 years that followed. Touching on everything from the British in India to the Americans in Beirut, Year 501 is a searing condemnation of the excesses of Western colonial and neo-colonial politics. For those seeking to understand the nature and structure of the imperial project as it reaches down to us today this work is a vital resource.

For too long now, many important books by Noam Chomsky have been left to languish. Introducing Pluto's 'Chomsky Perspectives' series: a collectible, beautiful new list, with cover design by David Pearson. Including both enduring favourites and neglected essentials, these books will appeal to the serious Chomsky reader.

Noam Chomsky is a world renowned linguist and one of our foremost social critics. He is Institute Professor in the Department of Linguistics and Philosophy at MIT and the author of numerous books for Pluto Press.