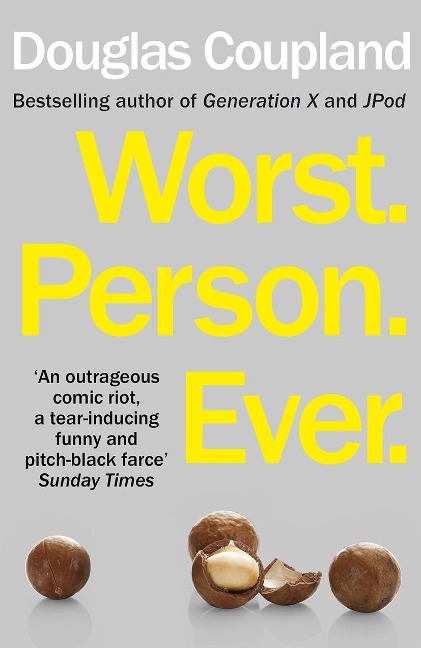 Meet Raymond Gunt. A decent chap who tries to do the right thing. Or, to put it another way, the worst person ever: a foul-mouthed, misanthropic cameraman, trailing creditors, ex-wives and unhappy homeless people in his wake. Men dislike him, women flee from him.

Worst. Person. Ever. is a deeply unworthy book about a dreadful human being with absolutely no redeeming social value. Gunt, in the words of the author, "is a living, walking, talking, hot steaming pile of pure id." He's a B-unit cameraman who enters an amusing downward failure spiral that takes him from London to Los Angeles and then on to an obscure island in the Pacific where a major American TV network is shooting a Survivor-style reality show. Along the way, Gunt suffers multiple comas and unjust imprisonment, is forced to re-enact the 'Angry Dance' from the movie Billy Elliot and finds himself at the centre of a nuclear war. We also meet Raymond's upwardly failing sidekick, Neal, as well as Raymond's ex-wife, Fiona, herself 'an atomic bomb of pain'.

Even though he really puts the 'anti' in anti-hero, you may find Raymond Gunt an oddly likeable character.