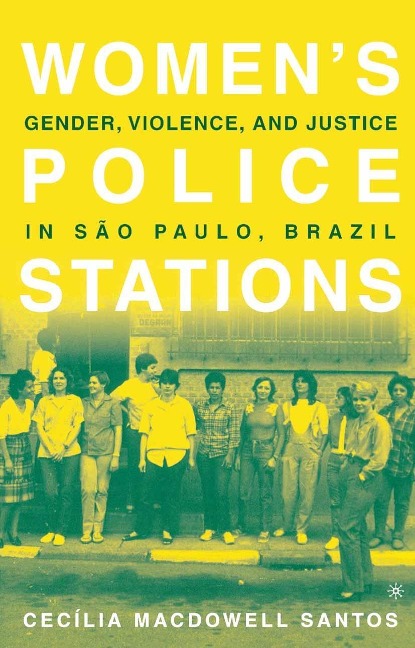 Women's Police Stations examines the changing and complex relationship between women and the state, and the construction of gendered citizenship, using women's police stations in Sao Paulo. These are police stations run exclusively by police women for women with the authority to investigate crimes against women such as domestic violence, assault and rape. Sao Paulo was the home of the first such police station, and there are now more than 250 women's police stations throughout Brazil. Cecilia MacDowell Santos examines the importance of this phenomenon for the first time, looking at the dynamics of the relationship between women and the state as a consequence of a political regime, and exploring the notion of gendered citizenship.

CECILIA MACDOWELL SANTOS is Assistant Professor in the Department of Sociology at the University of San Francisco, USA.

Bringing Interests Back In: Re-theorizing the State and Gender via Women's Police Stations The Birth of Police Stations in Defense of Women: Gendered Democratization & Criminalization of Violence Against Women From Women/Wives to Gender: The Feminist Discourse on Violence Against Women Since the 1970s Policewomen x Policewomen x Policewomen: State Agents' Interests, Identities and Relations With Feminism Contradictory Gendered Citizenship: The Exclusive Construction of Gender in Women's Police Stations Conclusions: Interrogating the Construction of Interests: Towards a More Inclusive Approach to the State and Gendered Citizenship