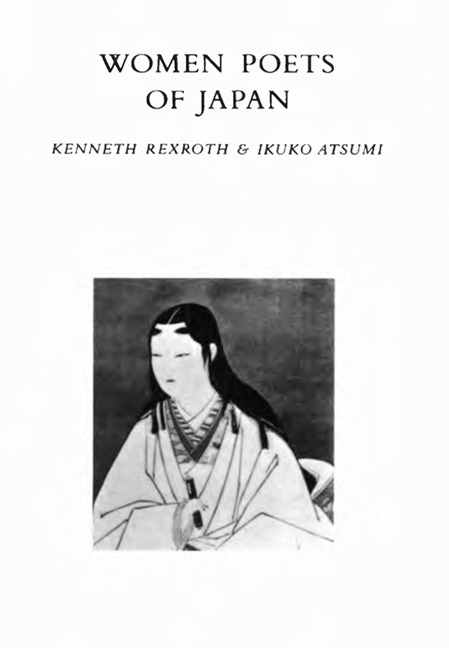 From early as the seventh century up to the present day, no other has had so many important women poets as Japan.

In this collection (originally published by The Seabury Press in 1977 as The Burning Heart, Kenneth Rexroth and Ikuko Atsumi have assembled representative works of seventy-seven poets. Staring with the Classical Period (645-1604 A.D.), characterized by the wanka and tanka styles,followed by haiku poets of the Tokugawa period (to 1867), the subsequent modern tanka and haiku poets,and including the contemporary school of free verse—Women Poets of Japan records twelve hundred years of poetic accomplishment. Included are biographical notes on the individual poets, an essay on Japanese women and literature, and a table of historical periods.
E-Book 02/1982