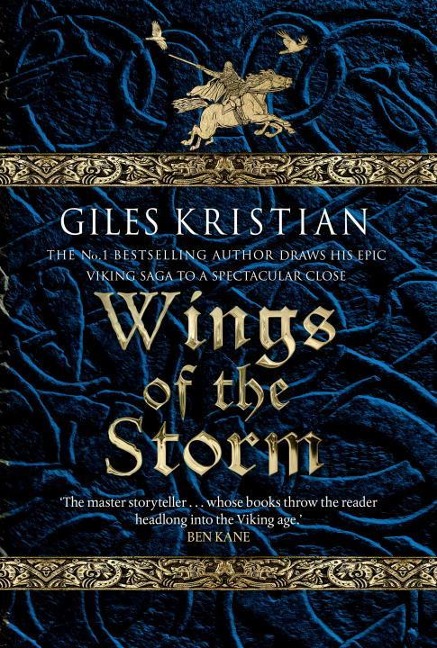 Wings of the Storm: The Rise of Sigurd 3

'A fitting end to a trilogy that fans of Bernard Cornwell should devour. The big set-piece battle that completes the book is one of the best that I have ever read.' Antonia Senior, THE TIMES

Fighting in Sweden for an ambitious warlord, Sigurd Haraldarson and his small but loyal band of oathsworn warriors are winning fame and reputation. But Sigurd knows that to take on his hated enemy, the oath-breaker King Gorm - the man who betrayed his father, a man Sigurd has vowed to kill - he must earn riches enough to build an army.
Many believe Sigurd to be Óðin-favoured, but his exploits have drawn the eye of another god, too: Loki the Trickster, and when a daring assassination attempt goes wrong, Sigurd finds himself a prisoner of the powerful Jarl Guthrum. Bound like a slave, his luck having seemingly deserted him, Sigurd is taken to the sacred temple at Ubsola, a place where the blood of human sacrifice flows to appease the gods.
It is at Ubsola that Sigurd will face the sacrificial knife. And it is here that he will find a powerful relic, the great spear that was said to have once belonged to Óðin himself. With such a spear in his possession Sigurd might now assemble a host strong enough to challenge King Gorm and wreak the revenge he craves.

For, like Óðin, Sigurd will be the Wild Huntsman tearing through the sky on his fearsome steed, and the rage of his passing will be the sound of wings of the storm.

With Wings of the Storm, one of our finest young historical novelists brings his extraordinary Viking saga - an adventure to that is sure to satisfy any 'Game of Thrones' fan - to a triumphant close