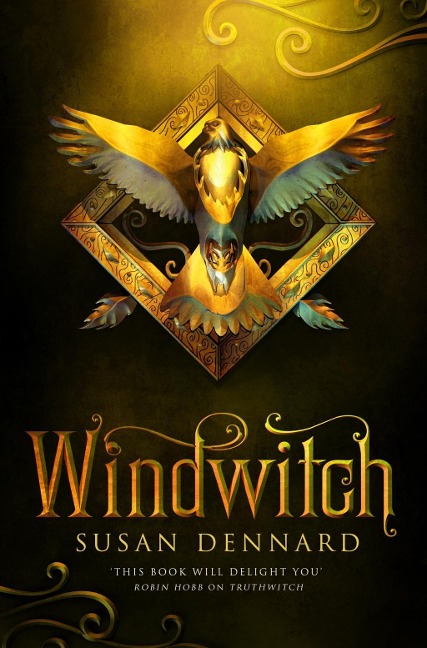 The second fantasy novel in the Witchlands series, Windwitch is the action-packed sequel to Truthwitch, and is perfect for fans of Victoria Aveyard and Robin Hobb.

Sometimes our enemies become our only allies . . .

The Windwitch Prince Merik is presumed dead after a lethal explosion. However, he's scarred but alive, and determined to expose his sister's treachery. Yet on reaching the royal capital, he's shocked to find refugees fleeing conflict. Merik haunts the streets, fighting for the weak - sparking rumours of the Fury, a disfigured demigod who dispenses justice.

While searching for Safi, Iseult is cornered by the Bloodwitch Aeduan. She proposes a deal: she'll return what was stolen from him if he locates the Truthwitch. Yet unknown to Iseult, there's a bounty on her head - and Aeduan intends to claim it. Meanwhile, Safi and the Marstoki Empress survive a shipwreck, then find themselves among brigands. And their captors plan to unleash war upon the Witchlands . . .

Praise for the series:

'This book will delight you' - Robin Hobb, author of The Farseer Trilogy

'Susan Dennard has worldbuilding after my own heart. It's so good it's intimidating' - Victoria Aveyard, author of the Red Queen series

We Ride the Storm

A Dead Djinn in Cairo

Lord of the Last Heartbeat