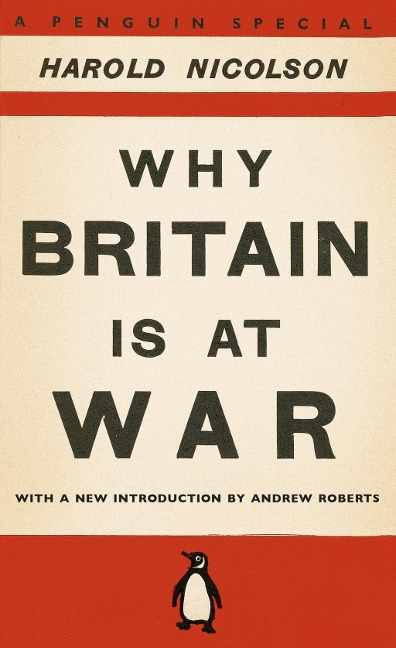 Why Britain is at War

With a New Introduction by Andrew Roberts

First published in 1939 as a Penguin Special, this is the original best-selling account of why Britain went to war with Germany. In simple terms it describes the stages of Adolf Hitler's ruthless pursuit for power, identifies his methods of deception and false diplomacy, and details his terrifying use of force that rendered peaceful negotiation increasingly difficult, and finally impossible. Shining a light on Hitler's early life and character, Harold Nicolson reveals the dictator's political theories in Mein Kampf, and explains the strategies he adopted in seizing the Rhineland, Austria, Czechoslovakia and later Poland.

Written with clarity and insight, and read widely by soldiers during World War II, the final message of hope and peace is as relevant today as it was in 1939.

This facsimile edition includes a new introduction by Andrew Roberts, best-selling author of The Storm of War; Masters and Commanders and Hitler and Churchill: Secrets of Leadership.