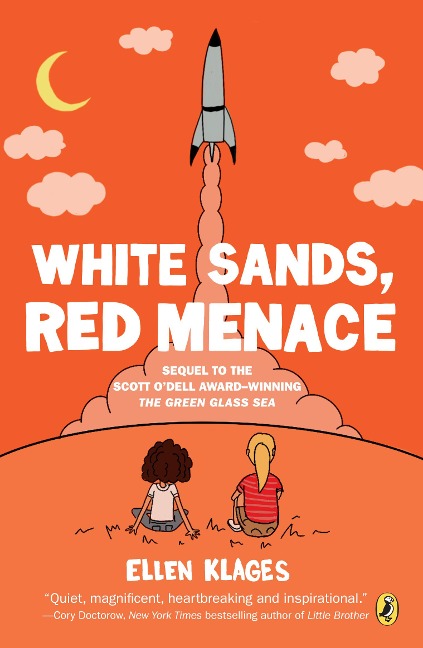 It is 1946. World War II is over, ended by the atomic bomb that Dewey Kerrigan's and Suze Gordon's scientist parents helped build. Dewey's been living with the Gordons since before the war's end, before her father died, moving south with them to Alamogordo, New Mexico. At the White Sands Missile Range, Phil Gordon is working on rockets that will someday go to the moon; at home, Terry Gordon is part of the scientists' movement against the Bomb. Dewey and Suze have conflicts of their own. Where does a girl who likes physics and math fit in? How do you know the right time to speak up and the right time to keep your head down? And, most important of all: What defines a family?

Ellen Klages was born in Columbus, Ohio. She graduated from the University of Michigan with a degree in Philosophy.