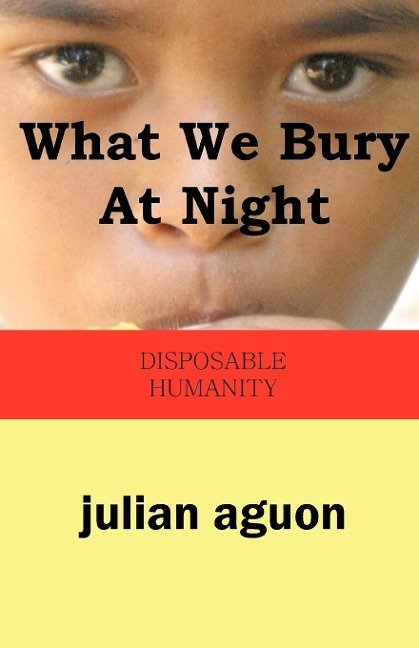 What We Bury at Night

The fate of Micronesia is the fate of Sustainable Humanity. Micronesia is last domino in the quest to globalize the Earth into a singular monoculture. It is the region least affected by the increasingly global culture of conspicuous consumption and individualistic materialism. Micronesia is at a crossroads, as is the human race. If the last region on earth in which, among the majority of the population, communal living based on interconnectedness, extended families, shared resources, non-linear thinking, and a sustainable relationship with the natural environment is the norm is allowed to be destroyed, the future of humanity is truly in jeopardy. When imagination of indigenous youth and the viability of sustainable living are allowed to die, so does hope for the entire human race.

Micronesia is one of the last corners on earth where people, on the whole, still pattern life in humane and interdependent arrangements built on sustaining, life-supporting values, in short, where people still mostly function as people. This resilience, perhaps, is an offering of beauty - its contribution to the world.

This book is a series of essays describing the present day realities of the U.S.-Micronesia relationship through the eyes of the folk on the ground, being disappeared. Both elders and youth tell of the continuing harm of the U.S. colonial project in Micronesia, revealing how that project continues to starve the imaginations of entire peoples. Made up of more than 2,000 islands and atolls in three major archipelagos, the Carolines, the Marshalls, and the Marianas, Micronesia was known from the last World War until the 1970s as the Trust Territory of the Pacific Islands. All of it, the Republic of the Marshall Islands (RMI), the Federated States of Micronesia (FSM), the Republic of Palau (Belau), and the Commonwealth of the Northern Mariana Islands (CNMI), less Guam, which was cut from the rest after the Spanish-American war and lumped with the other 1898 Unfortunates: the Philippines, Puerto Rico, and Cuba. While the world looks away, this region of the planet is facing down death. Mostly losing. Current U.S. militarist and corporate plans for the region now threaten to destroy the life-affirming values that bind and sustain these ancient civilizations by deepening dispossession of the people.