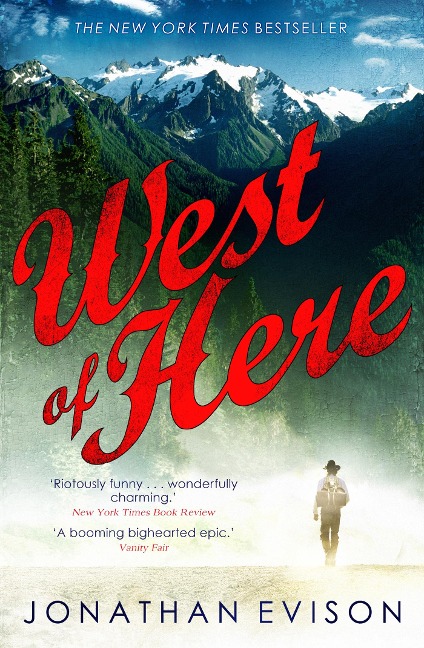 Jonathan Evison opens his electrifying epic, West of Here, at the Elwha River dam, where over a hundred years since settlers of the fictional town of Port Bonita tamed the river, their descendants gather in anticipation of the dam's blasting, and a new era of restoration.
Across the next five hundred pages, Evison's story moves between 2006 and the town's earliest days at the close of the 19th century, overlaying stories of the people who passed through or dug in at Port Bonita, which swelled from settlement to town on the ragged shoreline of Washington State's Strait of Juan de Fuca. The past is populated by intrepid folk: an exploration party penetrating the Olympic Mountain range in the depths of winter, Klallam natives sickened by homeland eviction and whiskey, a young feminist at odds with motherhood, a prostitute doing covert battle with her whorehouse's owner, and an idealistic entrepreneur, blasting the river canyon into submission.
In 2006, we meet their softer progeny: an ex-con who flees into the mountains with a stash of Snickers, the lonely parole officer determined to find him, a fish processing plant worker with a Bigfoot fixation, a native woman who rethinks her whole life when her son has a psychic break, and more memorable characters haunted by the past, by their unlived lives, by themselves.
Though its themes are weighty, West of Here never bogs down -irreverent humour, lustrous prose, and unexpected moments animate a tale as vast as the land it inhabits.
E-Book 01/2012