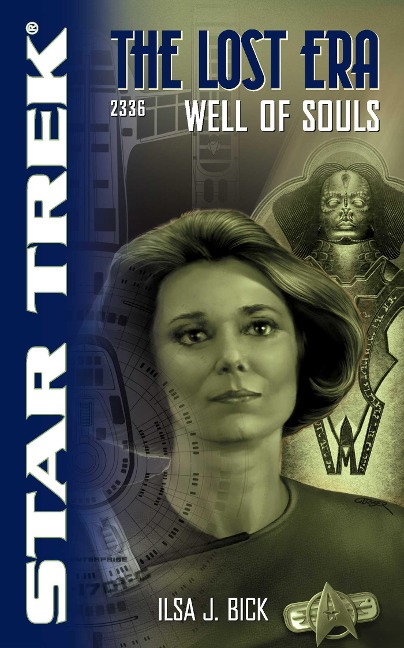 A highly-charged Star Trek tale of a largely unknown ship, captain, and crew, in which the Enterprise-C comes up against mysterious alien forces unleashed by a fledgling crime cartel.

For twelve years, Rachel Garrett was captain of the Federation's flagship. But while her exploits as commander of the U.S.S. Enterprise NCC-1701-C are legend, little has been revealed about Garrett, her vessel, or the unusual men and women of her crew. Until now.

When the archaeological find of the decade offers possible hints about an earlier Cardassian civilization, it attracts not merely those seeking to quench their thirst for knowledge, but also parties with far less noble interests. Among the latter is the Asfar Qatala, a notorious criminal cartel with a disturbing connection to one of the Enterprise's highest-ranking officers. Now Captain Garrett and her crew are swept into a maelstrom of kidnapping, extortion, and murder.

And beneath the surface of the frozen world on which the proto-Cardassian discovery was made, another drama is playing out that will force Garrett to make the most difficult decision of her career.