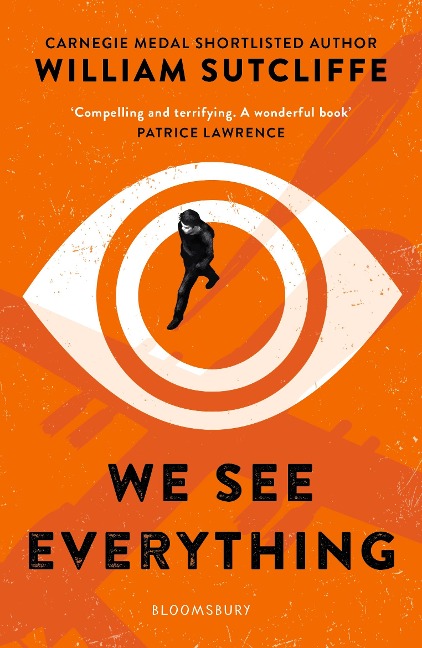 A gripping and powerfully relevant thriller set in a reimagined London where constant surveillance is the norm, We See Everything simmers with tension and emotion. From internationally bestselling author William Sutcliffe, this is perfect for fans of Patrick Ness and Malorie Blackman.

Lex lives on The Strip - the overcrowded, closed-off, bombed-out shell of London. He's used to the watchful enemy drones that buzz in the air above him.

Alan's talent as a gamer has landed him the job of his dreams. At a military base in a secret location, he is about to start work as a drone pilot.

These two young men will never meet, but their lives are destined to collide. Because Alan has just been assigned a high-profile target. Alan knows him only as #K622. But Lex calls him Dad.

William Sutcliffe is the author of twelve novels, including the international bestseller Are You Experienced? and The Wall, which was shortlisted for the Carnegie Medal. He has written for adults, young adults and children, and has been translated into twenty-eight languages. His 2008 novel Whatever Makes You Happy is now a Netflix Original film starring Patricia Arquette, Felicity Huffman and Angela Bassett. It was released in August 2019 under the title Otherhood.

His latest novel, The Gifted, The Talented and Me, was described by The Times as 'dangerously funny' and by the Guardian as 'refreshingly hilarious'.