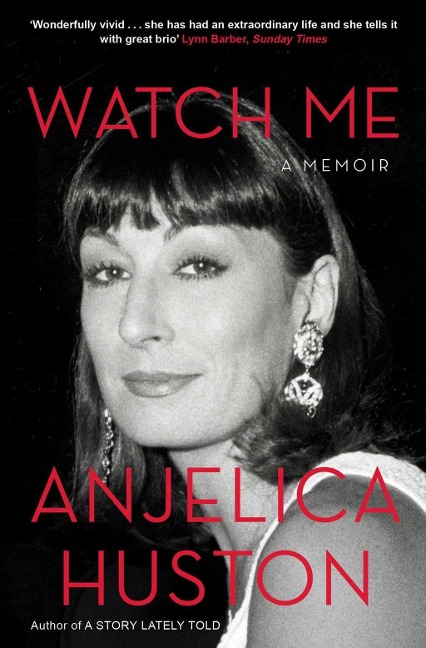 Picking up where A Story Lately Toldleaves off, when Anjelica Huston is 22 years old, WatchMe chronicles her glamorous and eventful Hollywood years.

She tells the story of falling in love with Jack Nicholson and her adventurous, turbulent, high-profile, spirited 17-year relationship with him and his intoxicating circle of friends. She writes about learning the art and craft of acting, about her Academy Award-winning portrayal of Maerose Prizzi in Prizzi's Honour, about her collaborations with many of the greatest directors in Hollywood, including Woody Allen, Wes Anderson, Richard Condon, Bob Rafelson, Francis Ford Coppola and Stephen Frears. She writes movingly and beautifully about the death of her father, the legendary director John Huston and her marriage to sculptor Robert Graham.

Academy Award-winning actress and director Anjelica Huston has received honors from the National Society of Film Critics; the Independent Spirit Awards; and the Golden Globe Awards; as well as multiple Oscar, BAFTA, and Emmy awards or nominations. Huston most recently starred on the hit TV show Smash. She is the author of the memoirs A Story Lately Told and Watch Me.