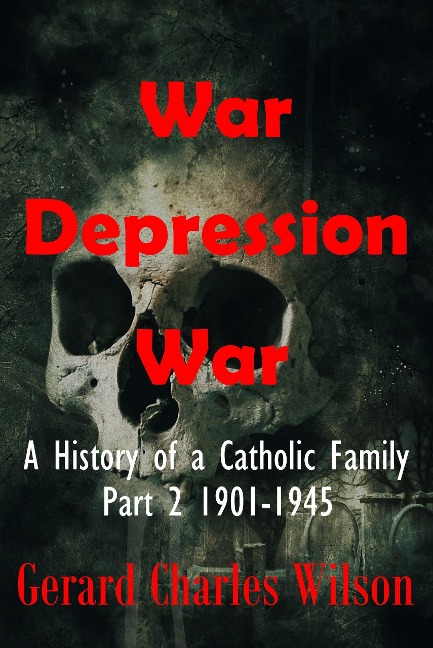 The second book of a history of a nation through the lives of ordinary Australians whose beginnings were in a penal colony.

In 1901, the author's great-grandparents, James Patrick and Mary Jane Wilson, moved from rural Tallawang near Gulgong to the fledgling suburb of Chatswood on Sydney's North Shore.

The breakout of the First World War saw dramatic changes. Rowland Wilson, Bert's nephew, enlisted only to be engaged shortly after his arrival in France in one of the bloodiest battles of the War - the battle over Pozieres. His remains are mingled with the mud and dirt of Pozieres' farmlands. Leo, Rowland's uncle, followed a year later. The author gives an account of their terrible experiences. On the author's mother's side, it was his grandfather Steele's brother, Percy Steele, who endured the same frightening ordeal, carrying a lifelong war wound.

Australians were hardly over the War when the Depression struck, causing many builders to lose their businesses. The Wilsons hung on by the skin of their teeth, improvising as best they could, while the Steeles, always with work with the New South Wales Railways in clerical positions, did much better.

The author provides an engaging account of his parents' upbringing before they met at Chatswood in 1938. They were from very different backgrounds. The class difference would cause them heartache. The Second World War intervened. His father was a leading sick berth attendant on HMAS SYDNEY during the great cruiser battles in the Mediterranean. It was a deadly period, but the SYDNEY survived and returned to Australia where his parents were married in 1941. Tension was never far away between his father and his mother's parents. Among all these happenings were much drama and excitement.

The book ends with the author's father building their first house at Lane Cove, a suburb adjacent to Chatswood. Book 3, ME AND PETE, covering the author's early childhood, was released in 2020.