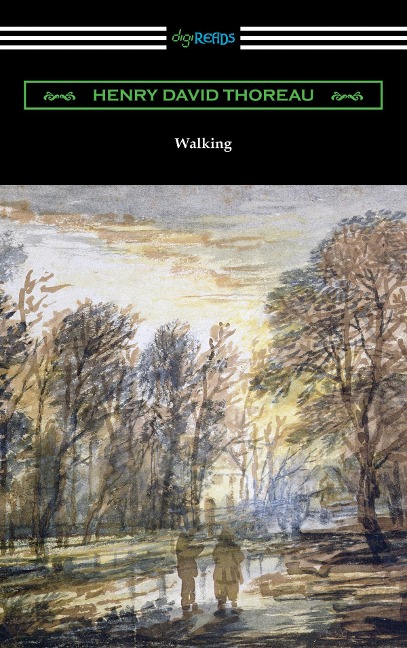 First delivered as a lecture in 1851, "Walking" is the seminal work on Transcendental philosophy by American author and essayist Henry David Thoreau. Sometimes referred to as "The Wild", it was Thoreau's favorite speech and he gave the lecture several more times over the next decade as he refined and expanded his ideas. The final version of this influential essay was published in the "Atlantic Monthly" in 1862 after his death. In "Walking", Thoreau explains how important nature is to the survival and health of people and how further away modern life is taking people from it. Thoreau viewed walking as a spiritual activity that must be done in a truly natural setting and away from cities and civilization. By spending time in a naturally contemplative activity people can reconnect with their inner selves and find things that they may have lost or overlooked. Thoreau's essay is a beautiful and thorough introduction to the author's philosophy on the role that nature and self-reflection should play in human life and his observations on the effects of living too far apart from nature remain particularly relevant in today's modern world. "Walking" endures as a thought-provoking work on human happiness, as well as one of the most important essays of Transcendentalist literature. This edition includes a biographical afterword.