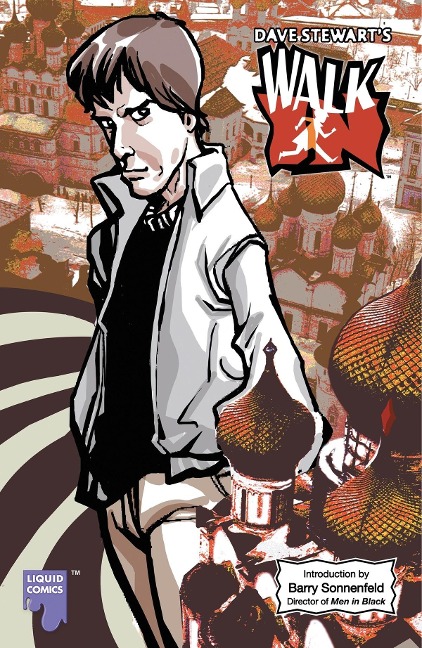 Created by acclaimed musician Dave Stewart (Eurythmics). Written by Jeff Parker with artwork by Ashish Padlekar.Do you experience missing time? Predict strangers' dreams? Do twins seem to follow you wherever you go? And do you sometimes see cephalopods attached to other people without their knowledge? Don't worry, you're not going mad... yet. You're simply a Walk-In. Ian Dormouse is losing time - literally. He wakes up in cities across the world, and has no recollection of how he got there or what occurred in the preceding weeks and months. Awaking from one of these blackouts, Ian finds himself in Moscow and stumbles into the burlesque club Deja Vu, bluffing his way into a job as a dream interpreter. It wasn't all bull, Ian actually does have visions - octopuses on people's shoulders, auras emanating around strangers, to name a few. Ian doesn't know it yet, but he has some crazy mental abilities and it's about to make life a whole lot weirder...&quote;Whatever else may be said about it, Dave Stewart, Jeff Parker and Ashish Padlekar have produced a book that can emphatically be claimed thus: one damn fine comic.... Walk-In was the best damn debut and the best damn inaugural issue to a comic I'd read in years. I'm excited about this book. If you read it, I guarantee that you will be too.&quote; - Broken Frontier&quote;Damn. This is GOOD.&quote; - Silver Bullet Comics&quote;It should make for a very interesting comic. Grab this one and keep up. (Review: A-)&quote; - Paperback Reader