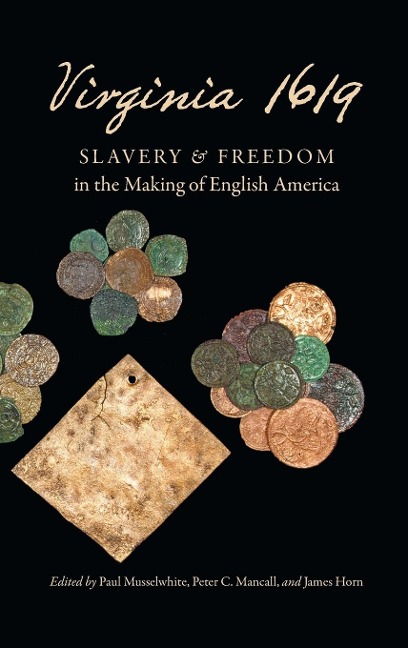 Slavery and Freedom in the Making of English America

Virginia 1619 provides an opportunity to reflect on the origins of English colonialism around the Chesapeake Bay and the Atlantic world. As the essays here demonstrate, Anglo-Americans have been simultaneously experimenting with representative government and struggling with the corrosive legacy of racial thinking for more than four centuries. Virginia, contrary to popular stereotypes, was not the product of thoughtless, greedy, or impatient English colonists. Instead, the emergence of stable English Atlantic colonies reflected the deliberate efforts of an array of actors to establish new societies based on their ideas about commonwealth, commerce, and colonialism. Looking back from 2019, we can understand that what happened on the shores of the Chesapeake four hundred years ago was no accident. Slavery and freedom were born together as migrants and English officials figured out how to make this colony succeed. They did so in the face of rival ventures and while struggling to survive in a dangerous environment. Three hallmarks of English America--self-government, slavery, and native dispossession--took shape as everyone contested the future of empire along the James River in 1619.