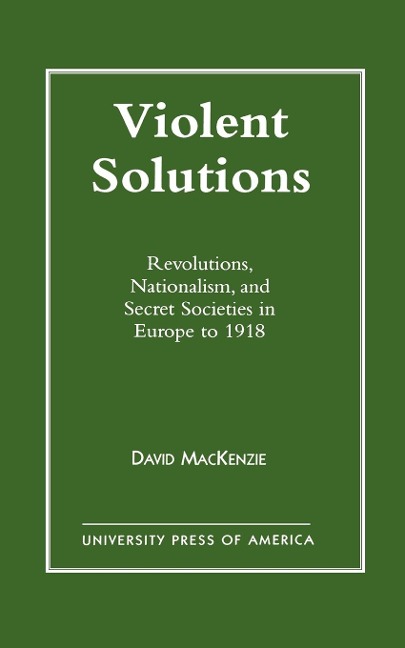 Revolutions, Nationalism, and Secret Societies in Europe to 1918

This book deals with the impact of revolution, nationalism, and secret societies in modern European history from the Enlightenment to World War I. Special attention is devoted to the French Revolution, nationalism and unification of Italy, Germany, and Serbia, and the role of organizations such as 'Young Italy' and the Serbian 'Black Hand.' Contents: List of Illustrations; List of Maps; Preface; The Enlightenment, Freemasonry and Rousseau; The French Revolution, 1789-1799; Babeuf and Buonarroti; Italian Nationalism Before 1848; The Unification of Italy, 1848-1870; German Nationalism and Revolutions of 1848; The Unification of Germany, 1850-1871; The Greek Revolution; The Russian Revolutionary Movement to 1881; The Emergence of Serbia to 1878; Serbia and the Creation of Yugoslavia, 1878-1918; The Legacy of Violence.