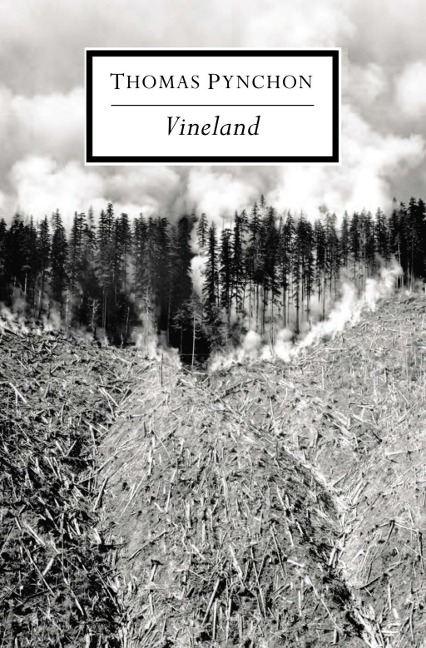 "Later than usual one summer morning in 1984 . . ." On California's fog-hung North Coast, the enchanted redwood groves of Vineland County harbor a wild assortment of sixties survivors and refugees from the "Nixonian Reaction," still struggling with the consequences of their past lives. Aging hippie freak Zoyd Wheeler is revving up for his annual act of televised insanity when news reaches that his old nemesis, sinister federal agent Brock Vond, has come storming into Vineland at the head of a heavily armed Justice Department strike force. Zoyd instantly disappears underground, but not before dispatching his teenage daughter Prairie on a dark odyssey into her secret, unspeakable past. . . .

Freely combining disparate elements from American popular culture-spy thrillers, ninja potboilers, TV soap operas, sci-fi fantasies-Vineland emerges as what Salman Rushdie has called in The New York Times Book Review "that rarest of birds: a major political novel about what America has been doing to itself, to its children, all these many years."

Thomas Pynchon is the author of V., The Crying of Lot 49, Gravity's Rainbow, Slow Learner, a collection of short stories, Vineland, Mason & Dixon, Against the Day, and, most recently, Inherent Vice. He received the National Book Award for Gravity's Rainbow in 1974.