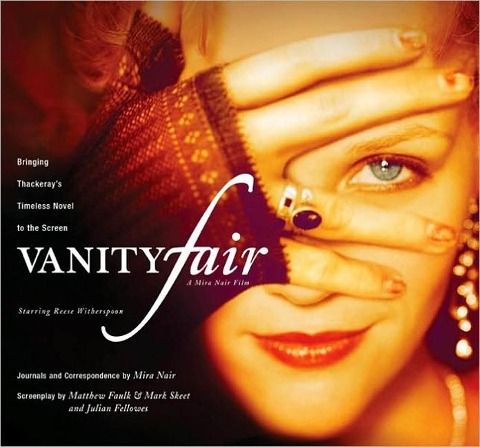 Reese Witherspoon stars as Becky Sharp, one of the greatest female characters ever created. Born into the lower class, Becky can rely only on her wit, guile, and sexuality as she makes her way up through London society circa 1820, alongside her best friend Amelia. As the two heroines make their way through the tawdry glamour of Regency society, battles—military and domestic—are fought, fortunes made and lost.

In addition to the complete screenplay by Oscar®-winner Julian Fellowes (Gosford Park) and Matthew Faulk & Mark Skeet (NBC's Jason and the Argonauts), this Newmarket Pictorial Moviebook features over 150 full-color illustrations, extracts from Thackeray's novel, interviews with the cast and crew, notes by director Mira Nair, and sidebars on the film's costume, set, and production design. 150 color photos.

Jhumpa Lahiri, the author of Interpreter of Maladies and The Namesake, has been the recipient of the Pulitzer Prize, the PEN/Hemingway Award, and a Guggenheim fellowship.