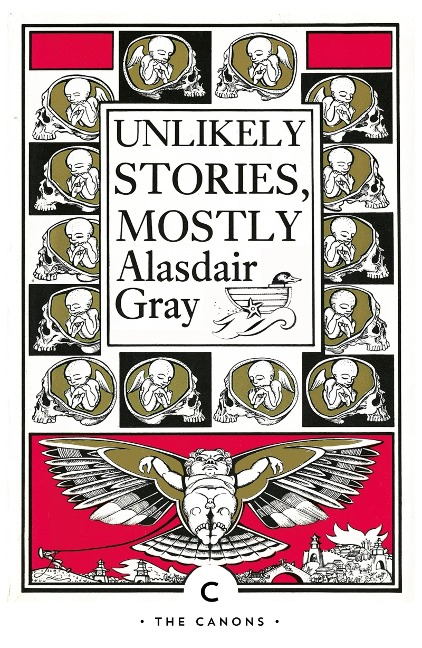 A man finds a bald patch on the back of his head that looks curiously like a face, then discovers he's splitting in two. A bored student suggests digging a tunnel into the foundations of the art school. An elderly man is healed by hundreds of tiny people working on repairs inside his own head.

Born in 1934, Alasdair Gray graduated in design and mural painting from the Glasgow School of Art. Since 1981, when Lanark was published by Canongate, he authored, designed and illustrated seven novels, several books of short stories, a collection of his stage, radio and TV plays and a book of his visual art, A Life in Pictures. In November 2019, he received a Lifetime Achievement award from the Saltire Society. He died in December 2019, aged eighty-five.