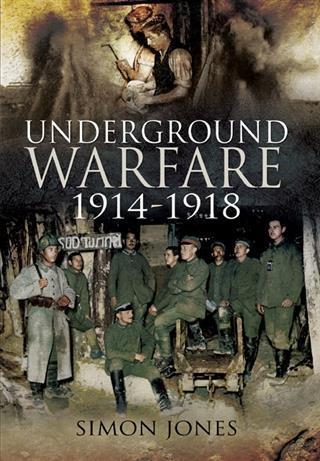 Simon Joness graphic history of underground warfare during the Great War uses personal reminiscences to convey the danger and suspense of this unconventional form of conflict. He describes how the underground soldiers of the opposing armies engaged in a ruthless fight for supremacy, covers the tunneling methods they employed, and shows the increasingly lethal tactics they developed during the war in which military mining reached its apotheosis. He concentrates on the struggle for ascendancy by the British tunneling companies on the Western Front.But his wide-ranging study also tells the story of the little known but fascinating subterranean battles fought in the French sectors of the Western Front and between the Austrians and the Italians in the Alps which have never been described before in English. Vivid personal testimony is combined with a lucid account of the technical challenges and ever-present perils of tunneling in order to give an all-round insight into the extraordinary experience of this underground war.
E-Book 06/2010