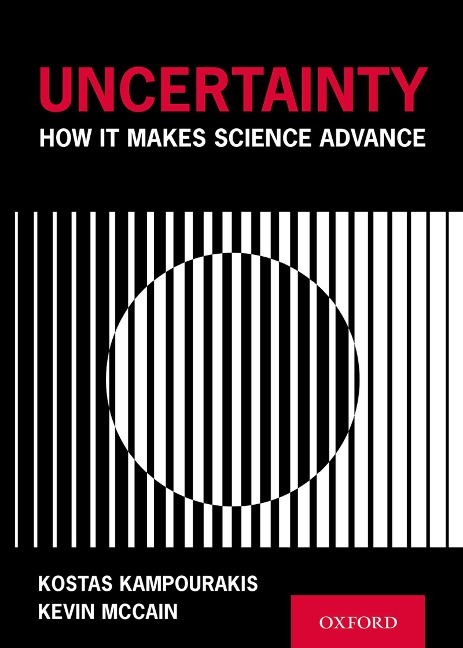 How It Makes Science Advance

Scientific knowledge is the most solid and robust kind of knowledge that humans have because of the self-correcting character inherent in its own processes. Nevertheless, anti-evolutionists, climate denialists, and anti-vaxxers, among others, question some of the best-established scientific findings, making claims that are unsupported by empirical evidence. A common aspect of these claims is the reference to the uncertainties in these areas of research, which leads to the conclusion that science is uncertain about evolution, climate change, and vaccination, among others. The truth of the matter is that while the broad picture is clear, there exist--and will always exist--uncertainties about the details of the respective phenomena. In this book Kampourakis and McCain show that uncertainty is an inherent feature of science that does not devalue it. In contrast, uncertainty actually makes science advance because it motivates further research.

The first book of its kind, Uncertainty draws on philosophy of science to explain what uncertainty in science is and how it makes science advance. It contrasts evolution, climate change, and vaccination, where the uncertainties are exaggerated, to genetic testing and forensic science where the uncertainties are usually overlooked. Kampourakis and McCain discuss the scientific, psychological, and philosophical aspects of uncertainty in order to explain what it is really about, what kind of problems it actually poses, and why it ultimately makes science advance. Contrary to the public representations of scientific findings and conclusions that produce an intuitive but distorted view of science as certain, we need to understand and learn to live with uncertainty in science.

Kostas Kampourakis is the author and editor of several books about evolution, genetics, philosophy, and history of science. From 2015 to 2019 he was the Editor-in-Chief of the journal Science & Education. He is currently a researcher at the University of Geneva, where he also teaches at the Section of Biology and the University Institute for Teacher Education (http://kampourakis.com)

Part I. Dealing with Uncertainty

Chapter 1 Uncertainty in Everyday Life
Chapter 2 The Psychology of (Un)certainty
Chapter 3 Uncertainty in Science - Isn't It a Problem?
Chapter 4 In Science We Trust - or Don't We?
Chapter 5 Is Scientific Rigor Declining?