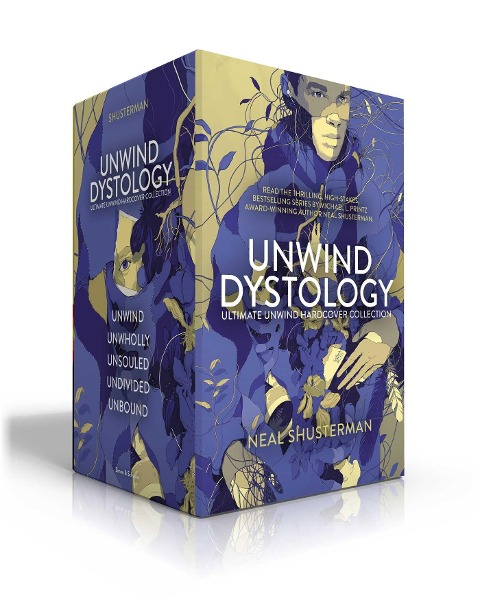 After the Second Civil War, the Bill of Life was passed, stating that human life may not be touched from the moment of conception until a child reaches the age of thirteen. But it allows parents to get rid of their teenager through a process called "unwinding." These kids may have nothing left to give to their families but can still give to society through the body parts that are harvested for donations.

Three teens defy the system and run away from their unwinding: Connor, a rebel whose parents have ordered his unwinding; Risa, a ward of the state who is to be unwound due to cost-cutting; and Lev, his parents' tenth child whose unwinding has been planned since birth as a religious tithing.

As their paths intersect and lives hang in the balance, Connor, Risa, and Lev must work together to survive—and they may change the fate of America in the process.

Neal Shusterman is the New York Times bestselling author of more than thirty award-winning books for children, teens, and adults, including the Unwind dystology, the Skinjacker trilogy, Downsiders, and Challenger Deep, which won the National Book Award. Scythe, the first book in his latest series, Arc of a Scythe, is a Michael L. Printz Honor Book. He also writes screenplays for motion pictures and television shows. Neal is the father of four, all of whom are talented writers and artists themselves. Visit Neal at StoryMan.com and Facebook.com/NealShusterman.