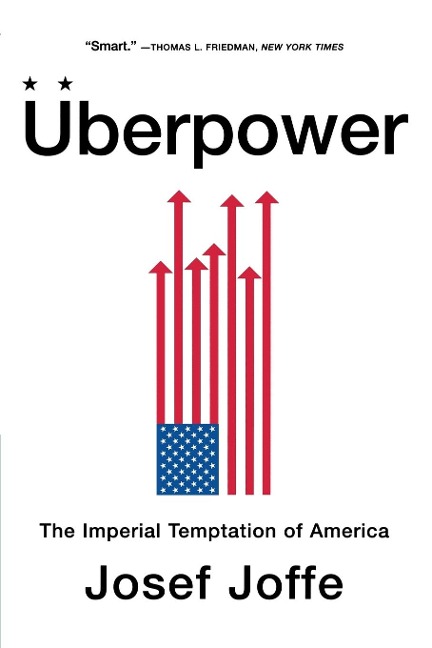 The Imperial Temptation of America

Uberpower effortlessly mixes military history with keen diplomatic analysis to provide one of the most important assessments of America's international standing in years. Josef Joffe examines the gargantuan burdens brought on by singular power, arguing that the new Bush foreign policy doctrine has failed to convert fabulous strength into consent and leadership. In contrast to most of his European colleagues, Joffe does not paddle "Mr. Big" for his new uberpower status, but traces the roots of Europe's (and the world's) new anti-Americanism to envy, fear, and the failure to keep up. But history whispers that power will generate counterpower, and the handwriting is already on the wall. How can the uberpower escape the fate of earlier hegemons who were all laid low by lesser nations ganging up on No. 1? Uberpower promises to be discussed and debated in the corridors of power on both sides of the Atlantic.

Publisher-editor of Die Zeit and the author of Überpower, Josef Joffe was educated at Swarthmore College and Harvard University. A frequent contributor to Foreign Affairs and Foreign Policy, he is a founding board member of the American Interest. He is a Fellow at Stanford University's Hoover Institution and the Freeman-Spogli Institute for International Studies.