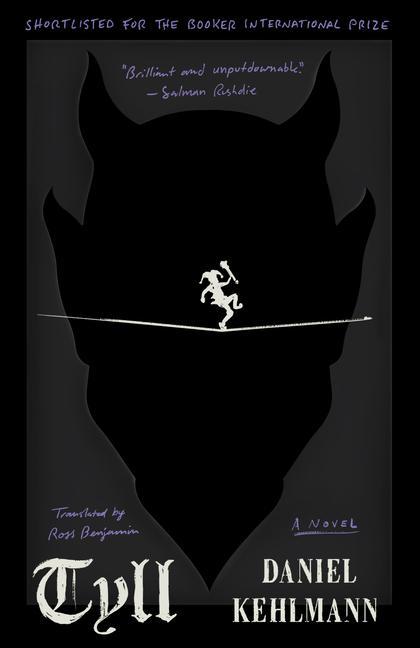 Daniel Kehlmann transports the medieval legend of the trickster Tyll Ulenspiegel to the seventeenth century in an enchanting work of magical realism, macabre humor, and rollicking adventure. Tyll is a scrawny boy growing up in a quiet village until his father, a miller with a forbidden interest in alchemy and magic, is found out by the church. After Tyll flees with the baker's daughter, he falls in with a traveling performer who teaches him his trade. As a juggler and a jester, Tyll forges his own path through a world devastated by the Thirty Years' War, evading witch-hunters, escaping a collapsed mine outside a besieged city, and entertaining the exiled King and Queen of Bohemia along the way. The result is both a riveting story and a moving tribute to the power of art in the face of the senseless brutality of history.

Translated from the German by Ross Benjamin

DANIEL KEHLMANN's works have won the Candide Prize, the Hölderlin Prize, the Kleist Prize, the Welt Literature Prize, and the Thomas Mann Prize. He was a fellow at the Dorothy and Lewis B. Cullman Center for Scholars and Writers at the New York Public Library in 2016-17. Measuring the World has been translated into more than forty languages.

ROSS BENJAMIN's previous translations include Friedrich Hölderlin's Hyperion, Joseph Roth's Job, and Daniel Kehlmann's You Should Have Left. He was awarded the 2010 Helen and Kurt Wolff Translator's Prize for his rendering of Michael Maar's Speak, Nabokov, and he received a Guggenheim fellowship for his work on Franz Kafka's diaries.