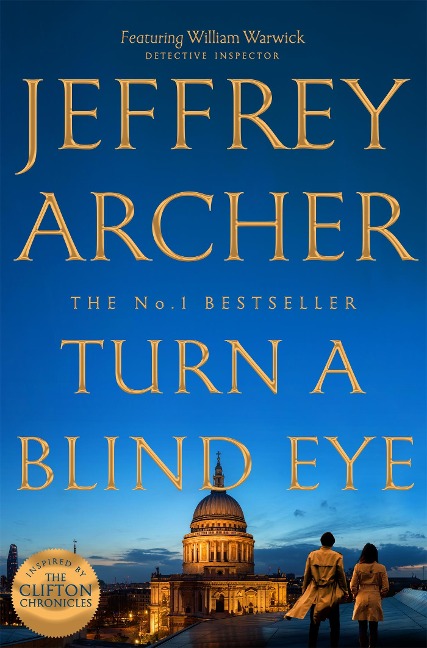 Turn a Blind Eye is the third installment in the gripping story of Detective Inspector William Warwick, by the master storyteller and Sunday Times bestselling author of the Clifton Chronicles.

Newly promoted to Detective Inspector, William Warwick is tasked with a dangerous new line of work, to go undercover and expose crime of another kind: corruption at the heart of the Metropolitan Police Force. Along with detectives Rebecca Pankhurst and Nicky Bailey, his team is focused on following Detective Jerry Summers, a young officer whose lifestyle exceeds his income. But the investigation risks being compromised when Nicky falls for Summers.

Meanwhile, notorious drug baron Ahmed Rashidi goes on trial, defended by Booth Watson QC, while William's father Sir Julian and sister Grace lead the prosecution case. And William's wife Beth, now a new mother to twins, makes a surprising new friend in Christina Faulkner - the ex-wife of William's former rival, criminal financier Miles - who has not only turned over a new leaf, but also has a new-found source of income when Faulkner dies suddenly of a heart attack and she stands to be sole inheritor of his estate.

As the undercover officers start to draw the threads together, William realizes that the corruption may go deeper still, and more of his colleagues than he first thought might be willing to turn a blind eye.

JEFFREY ARCHER, whose novels and short stories include the Clifton Chronicles, Kane and Abel and Cat O' Nine Tales, is one of the world's favourite storytellers and has topped the bestseller lists around the world in a career spanning four decades. His work has been sold in 97 countries and in more than 37 languages. He is the only author ever to have been a number one bestseller in fiction, short stories and non-fiction (The Prison Diaries).

Jeffrey is also an art collector and amateur auctioneer, and has raised more than £50m for different charities over the years. A member of the House of Lords for over a quarter of a century, the author is married to Dame Mary Archer, and they have two sons, two granddaughters and two grandsons.