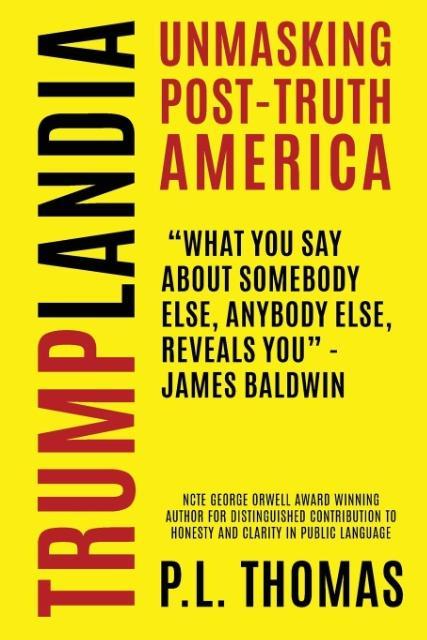 In unprecedented times when American values are at stake P.L. Thomas provides a moral compass for so many of the people who expected the first woman to become President of the United States. Thomas argues that this assumption grossly underestimated the rise of Donald Trump, which was an inevitable culmination of who the U.S. truly is as a people.
In a series of brilliantly written essays Trumplandia examines how a reality TV star as president represents post-truth America as a failed democracy and as a country still deeply poisoned by racism, classism, sexism, and xenophobia. Running throughout as well is an implicit question: How can we resist Trumplandia and truly become a democracy?