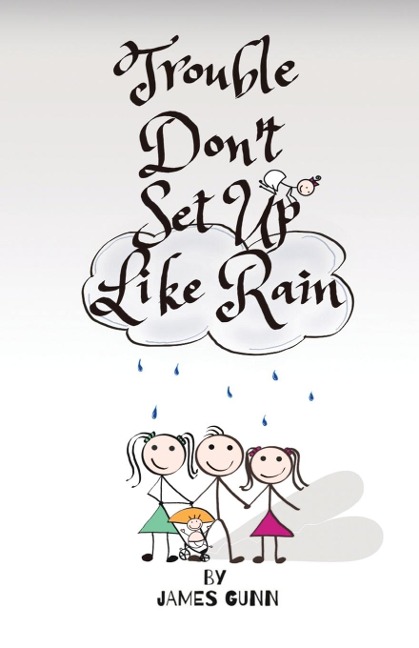 At the funeral of his girlfriend's father, Johnny finds himself having a connection with another woman.

As he comically narrates us through his life, we see the sorrowful crumbling of one relationship and the blossoming of a new one. The story flicks back and forth from the past to the present in quick succession as Johnny recalls moments that have shaped his character, and memories that still irk him or hurt him.

The man is cynical; irritated by the world and seemingly most people living in it.

This novel is a romance. It's a comedy. It's a character assassination of people who we know and who we are. It's a glimpse into the mind of a man who has lived. It's Johnny's life. But it's all our lives. And in life... TROUBLE DON'T SET UP LIKE RAIN.