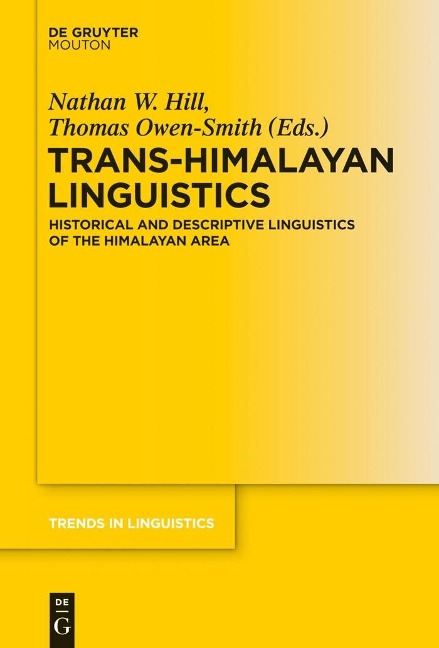 Historical and Descriptive Linguistics of the Himalayan Area

The Himalaya and surrounding regions are amongst the world's most linguistically diverse places. Of an estimated 600 languages spoken here at Asia's heart, few are researched in depth and many virtually undocumented. Historical developments and relationships between the region's languages also remain poorly understood. Thisbook brings together new work on under-researched Himalayan languages with investigations into the complexities of the area's linguistic history, offering original data and perspectives on the synchrony and diachrony of the Greater Himalayan Region.
The volume arises from papers given and topics discussed at the 16th Himalayan Languages Symposium in London in 2010. Most papers focus on Tibeto-Burman languages. These include topics relating to individual - mostly small and endangered - languages, such as Tilung, Shumcho, Rengmitca, Yongning Na and Tshangla; comparative research on the Tibetic, East Bodish and Tamangic language groups; and several papers whose scope covers the whole language family. The remaining paper deals with the origins of Burushaski, whose genetic affiliation remains uncertain.
This book will be of special interest to scholars of Tibeto-Burman, and historical as well as general linguists.