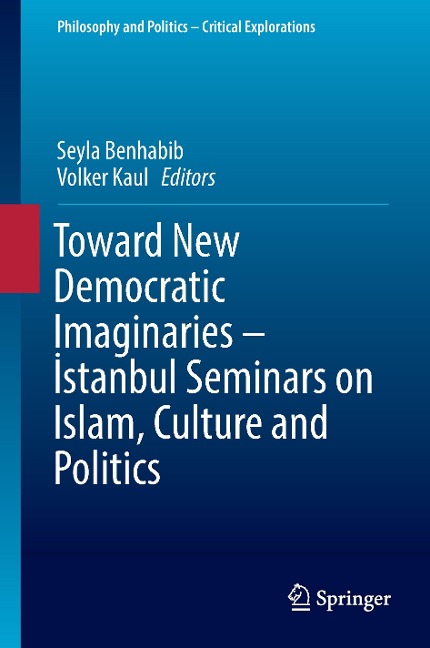 This volume combines rigorous empirical and theoretical analyses with political engagement to look beyond reductive short-hands that ignore the historical evolution and varieties of Islamic doctrine and that deny the complexities of Muslim societies' encounters with modernity itself. Are Islam and democracy compatible? Can we shed the language of 'Islam vs. the West' for new political imaginaries?The authors analyze struggles over political legitimacy since the Arab Spring and the rise of Al Qaeda and ISIS in their historical and political complexity across the MENA (Middle East and North Africa) region. Distinguishing multiculturalism from interculturalism and understanding multiple modernities, philosophers in the volume tease out the complexities of civilizational encounters. The volume also shows how the Paris massacres or the Danish caricature controversy do not remain confined to Europe but influence struggles and confrontations within Muslim societies. Gender and Islam are addressed from a comparative perspective bringing into conversation not only the experience of different Muslim countries with Islamic law but also by analysing Jewish family law.

Seyla Benhabib, born in Istanbul, Turkey, is the Eugene Meyer Professor of Political Science and Philosophy at Yale University and was Director of its Program in Ethics, Politics and Economics from 2002 to 2008. She was the President of the Eastern Division of the American Philosophical Association in 2006-07 and has been a member of the American Academy of Arts and Sciences since 1995. She has previously taught at the New School for Social Research and Harvard Universities, where she was Professor of Government from 1993-2000 and Chair of Harvard's Program on Social Studies from 1996-2000.

Professor Benhabib is the recipient of the Ernst Bloch prize for 2009, the Leopold Lucas Prize from the Theological Faculty of the University of Tubingen (2012), and the Meister Eckhart Prize (2014; one of Germany's most prestigious philosophical prizes). A Guggenheim Fellowship recipient (2011-12), she has been research affiliate and senior scholar in many institutions in the US and in Europe such as Berlin's Wissenschaftkolleg (2009), NYU's Strauss Center for the Study of Law and Justice (2012) and the European University Institute in Florence (Summer 2015).

Her work has been translated into German, Spanish, French, Italian, Turkish, Swedish, Russian, Serbo-Croatian, Hebrew, Polish, Japanese and Chinese and she has also edited and coedited 10 volumes on topics ranging from democracy and difference to the rights of migrant women and children; the communicative ethics controversy and Hannah Arendt. Her volume, Migrations and Mobilities: Gender, Borders and Citizenship (NYU Press, 2009), edited with Judith Resnik from the Yale Law School, has been named by Choice one of the outstanding academic books of the year.

Her most recent books include: The Claims of Culture. Equality and Diversity in the Global Era, (2002); The Rights of Others. Aliens, Citizens and Residents (2004), winner of the Ralph Bunche award of the American Political Science Association (2005) and the North American Society for Social Philosophy award (2004); Another Cosmopolitanism: Hospitality, Sovereignty and Democratic Iterations, with responses by Jeremy Waldron, Bonnie Honig and Will Kymlicka (Oxford University Press, 2006); and Dignity in Adversity. Human Rights in Troubled Times

Volker Kaul is research fellow at the Center for Ethics and Global Politics at LUISS University in Rome. Moreover, he works as scientific coordinator of the Istanbul Seminars. He completed his PhD in political philosophy at LUISS University with a thesis on "Identity and Autonomy" and holds a double Master's degree in political and social sciences from Freie UniversitätBerlin and Sciences Po Paris. He was visiting fellow at the Department of Philosophy at Columbia University in 2006 and held a postdoc position at the University of Salerno from 2008 to 2012. His work focuses on the nature of identity conflicts. Together with David Rasmussen and Alessandro Ferrara he edited the special issues of Philosophy & Social Criticism on the Istanbul Seminars 2008-2015. He is currently editing together with Ingrid Salvatore a book on What is Pluralism? The Question of Pluralism in Politics for the publisher Routledge in its book series "Ethics, Human Rights and Global Political Thought".