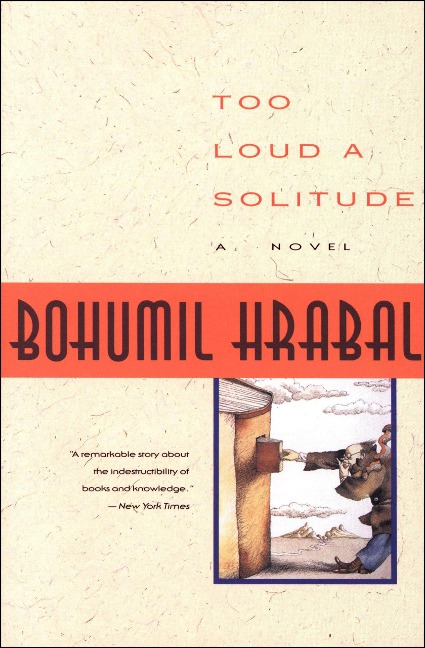 Too Loud a Solitude

A fable about the power of books and knowledge, "finely balanced between pathos and comedy," from one of Czechoslovakia's most popular authors (Los Angeles Times).

Hantá has been compacting trash for thirty-five years. Every evening, he rescues books from the jaws of his hydraulic press, carries them home, and fills his house with them. Hantá may be an idiot, as his boss calls him, but he is an idiot with a difference-the ability to quote the Talmud, Hegel, and Lao-Tzu. In this "irresistibly eccentric romp," the author Milan Kundera has called "our very best writer today" celebrates the power and the indestructibility of the written word (The New York Times Book Review).

Dohumil Hrabal (1914-1997) was a Czechoslovakian writer. He was the author of Closely Watched Trains, which gained an international audience both as a novel and as a film, and I Served the King of England.