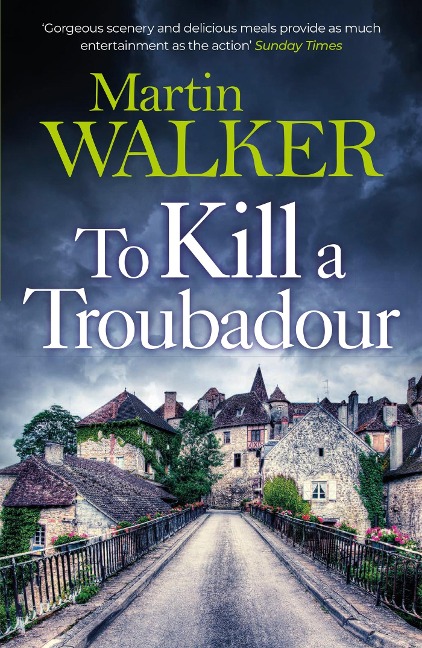 To Kill a Troubadour

Join Bruno, France's favourite country cop, on his latest adventure as he fights to keep St Denis safe. Set in the beautiful Périgord region, The Dordogne Mysteries are the perfect combination of mystery and escapism.

It is summer in St Denis and Bruno is busy organising the annual village concert. He's hired a local Périgord folk group, Les Troubadours, to perform their latest hit 'A Song for Catalonia'. But when the song unexpectedly goes viral, the Spanish government, clamping down on the Catalonian bid for independence, bans Les Troubadours from performing it.

The timing couldn't be worse, and Bruno finds himself under yet more pressure when a specialist sniper's bullet is found in a wrecked car near Bergerac. The car was reportedly stolen on the Spanish frontier and the Spanish government sends warning that a group of nationalist extremists may be planning an assassination in France. Bruno immediately suspects that Les Troubadours and their audience might be in danger.

Bruno must organise security and ensure that his beloved town and its people are safe - the stakes are high for France's favourite policeman.