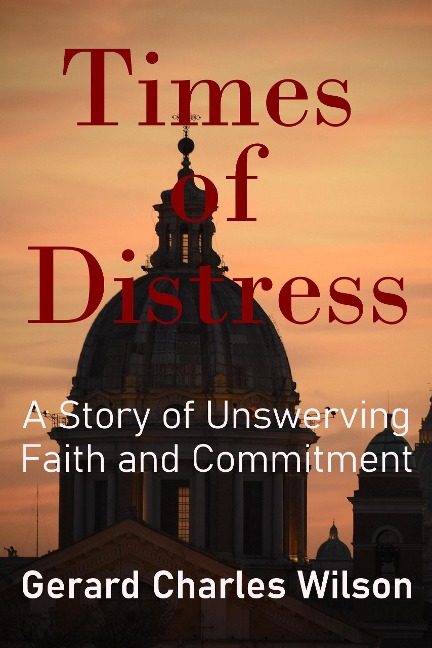 Fr Jos van Engelen, a Dutch missionary priest stationed in New Guinea before World War II, is recalled to Holland to help his superior general combat suspected ideological subversion within his fraternity. He arrives in March 1940. When the Nazis invade Holland, he is drawn into covert operations by British intelligence. It all goes horribly wrong, and he is forced to flee to Amsterdam where he goes to ground. When the Nazis fire on the crowds gathered on Dam square in May 1945, he saves a young woman and her baby from being crushed in the stampede. It is the start of an unspoken relationship with the Strict Reformed Truus van den Donker, and a deadly tussle with her brutish occultist husband.

After the war, he has a running conflict with those he suspects of undermining the order's ways and of betraying him. The conflict comes to a head during and after the Second Vatican Council, with the conflict focusing on the council's document on the liturgy. The strife results in more measures to get him out of the way. At the same time, he must confront sinister occultist forces that want him dead. The unspoken love of the woman he can never have keeps his spirits from being crushed.

In Chapter 14 of TIMES OF DISTRESS, Father Jos van Engelen says this about the council's Sacrosanctum Concilium, the document on the liturgy:

'But a mere 'updating' was clearly not the core purpose of Sacrosanctum Concilium. The document began talking about "restoration" and "reform," as if these two words meant the same thing. Restore to what? The present Latin Mass-the Tridentine Rite-had grown organically over fifteen hundred years, with little change in five hundred. Stripping the Mass of its so-called accretions, simplifying it so it was "short, clear," and "within the people's powers of comprehension" was more than reform. Insisting on the laity's "full active participation" with "actions, gestures, and bodily attitudes," together with unbridled "acclamations, responses, psalmody, antiphons, and songs" would leave nothing of the unity, dignity, and mystery of the Tridentine Rite. And then add the "allowable" mother tongue and traditions of the world's many cultures, even those emerging from violent animism, would be to complete the ruin of this liturgical atomic bomb. A completely new liturgy would arise from the ashes. Discontinuity was written all over it.'

Book One of the CONCILIAR SERIES develops the early story of Fr van Engelen and Truus van den Donker with the location of the story in Holland, New Guinea and Australia. The period is from 1940 to 1970. Both will appear in a future title in the series.

The Conciliar Series is a planned series of six stand-alone, but connected, stories that have the Second Vatican Council and cultural revolution of the 1960s and 1970s as their background. The Second book, FEELINGS DIE NOT IN SILENCE, is due in 2021