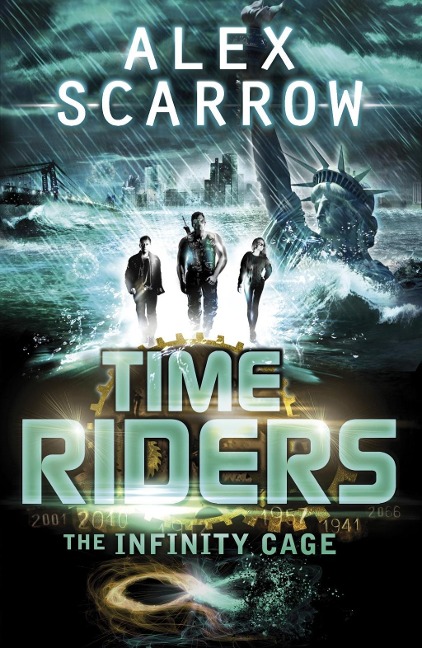 Liam O'Connor should have died at sea in 1912.
Maddy Carter should have died on a plane in 2010.
Sal Vikram should have died in a fire in 2026.
But all three have been given a second chance - to work for an agency that no one knows exists. Its purpose: to prevent time travel destroying history . . .

The end is approaching for the TimeRiders. In a final effort to prevent time travel destroying history, Liam and Maddy jump forward to 2070 to confront the enigmatic Waldstein and prove once and for all if he is friend or foe. What they discover is more shocking than anyone could have imagined and soon the TimeRiders are on one final mission - back to Biblical times to save the whole of humanity...

** Book nine in the bestselling TimeRiders series by Alex Scarrow.
** Perfect for fans of Doctor Who and Indiana Jones
** TimeRiders (Book 1) won the Red House Book Award older readers category, and was Penguin UK's first ever number one on the iBookstore.
** www.time-riders.co.uk
** Alex Scarrow is a World Book Day 2013 author with TimeRiders: The Nearly Girl on the WBD Movellas app.

Alex Scarrow used to be a rock guitarist, then he became a graphic artist, then he decided to be a computer games designer. Finally, he grew up and became an author. He has written a number of successful thrillers and several screenplays, but it's YA fiction that has allowed him to really have fun with the ideas and concepts he was playing around with designing games.