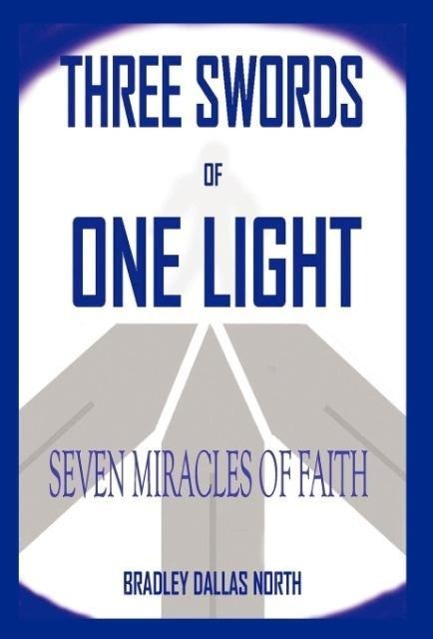 Three Swords of One Light: Seven Miracles of Faith

Imagine yourself standing in front of a team of physicians, and they are telling you that you have melanoma cancer throughout your body and even in your brain.  David Sumrell was told it was so bad they couldn't even give him any experimental chemotherapy.  For most people that would be the sound of devastation, and unimaginable questions as to why.  To David it was one of the greatest miracle's he ever received.    The doctor told David they would try to keep him comfortable until the end.  David believed the Lord had other plans and through his faith the Lord and he could work it out.  Find out how the cancer was gone.  From any and all physicians the words they are using to describe this incredible happening is 'miracle or immune.'  David will take you on his worldwide adventures where he helped people all over the world, and where his faith was all he had.  Learn how David was stripped of everything he was, except for his dignity, while he fought for the truth all the way to the Supreme Court of the United States.  THREE SWORDS OF ONE LIGHT/Seven Miracles of Faith contains seven miracles which happened in David's life, and Lord's blessings bestowed David upon during his hardest times.  See how his faith actually moved mountains, and how throughout his life doors were opened before David even knew he was even going to need it, and most of the time after another door was shut first.