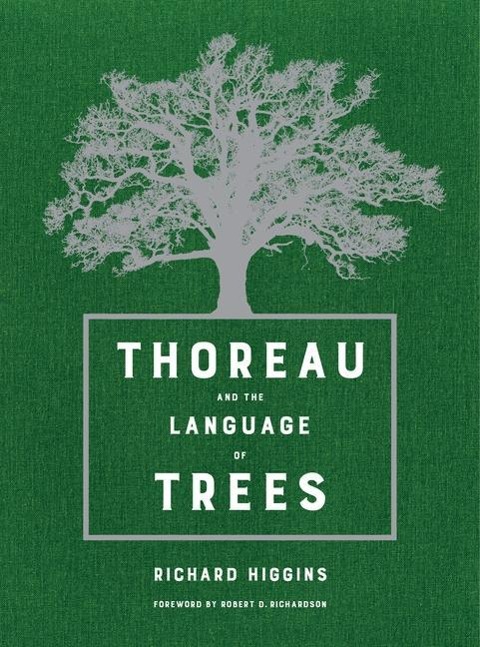 Trees were central to Henry David Thoreau's creativity as a writer, his work as a naturalist, his thought, and his inner life. His portraits of them were so perfect, it was as if he could see the sap flowing beneath their bark. When Thoreau wrote that the poet loves the pine tree as his own shadow in the air, he was speaking about himself. In short, he spoke their language.

In this original book, Richard Higgins explores Thoreau's deep connections to trees: his keen perception of them, the joy they gave him, the poetry he saw in them, his philosophical view of them, and how they fed his soul. His lively essays show that trees were a thread connecting all parts of Thoreau's being-heart, mind, and spirit. Included are one hundred excerpts from Thoreau's writings about trees, paired with over sixty of the author's photographs. Thoreau's words are as vivid now as they were in 1890, when an English naturalist wrote that he was unusually able to "to preserve the flashing forest colors in unfading light." Thoreau and the Language of Trees shows that Thoreau, with uncanny foresight, believed trees were essential to the preservation of the world.

Richard Higgins is a former longtime staff writer for the Boston Globe, the coauthor of Portfolio Life: The New Path to Work, Purpose, and Passion after 50, and the coeditor of Taking Faith Seriously. His writing has appeared in numerous publications, including the New York Times, Atlantic Monthly, Christian Century, and Smithsonian. He lives in Concord, Massachusetts.

Foreword by Robert D. Richardson
A Note on Sources
Introduction: Speaking the Language of Trees

1. AN EYE FOR TREES
Against the Sky a Tree Has Parts
2. A HEART FOR TREES
Heartwood
3. A POET'S TREES
Woodplay
4. A MIND FOR TREES
Forest Lessons
5. A SOUL FOR TREES
As High a Heaven
6. MY EMBLEM, THE PINE
Paeans to the Pine
7. KNIGHTING ELMS
Death of a Concord Kingpost
8 . A KINGDOM OF PRIMITIVE OAKS
Boxborough's Ancient Oaks
9. TRANSFORMED BY SNOW
A World Made New
10. IN A BARQUE OF BARK
Sailing a Sea of Green