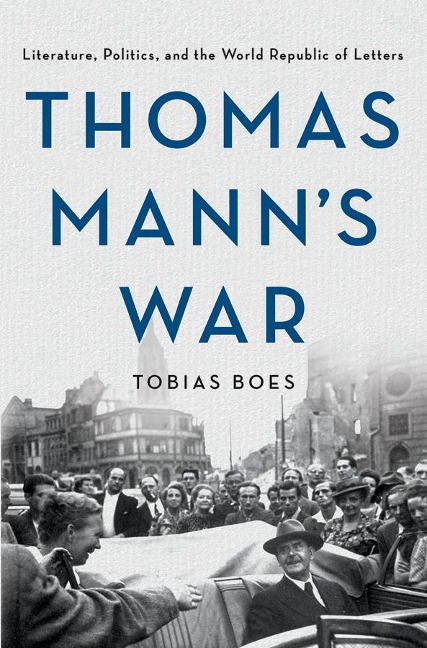 Literature, Politics, and the World Republic of Letters

In Thomas Mann's War, Tobias Boes traces how the acclaimed and bestselling author became one of America's most prominent anti-fascists and the spokesperson for a German cultural ideal that Nazism had perverted.

Thomas Mann, winner of the 1929 Nobel Prize in literature and author of such world-renowned novels as Buddenbrooks and The Magic Mountain, began his self-imposed exile in the United States in 1938, having fled his native Germany in the wake of Nazi persecution and public burnings of his books. Mann embraced his role as a public intellectual, deftly using his literary reputation and his connections in an increasingly global publishing industry to refute Nazi propaganda. As Boes shows, Mann undertook successful lecture tours of the country and penned widely-read articles that alerted US audiences and readers to the dangers of complacency in the face of Nazism's existential threat. Spanning four decades, from the eve of World War I, when Mann was first translated into English, to 1952, the year in which he left an America increasingly disfigured by McCarthyism, Boes establishes Mann as a significant figure in the wartime global republic of letters.

What Abigail Did That Summer