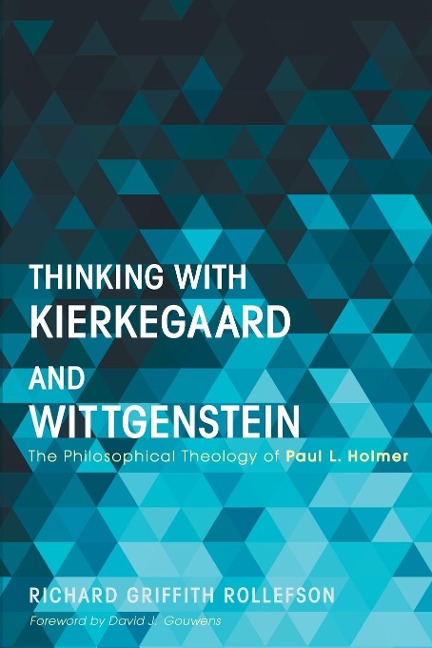 Thinking with Kierkegaard and Wittgenstein

Paul L. Holmer influenced the development of the so-called Yale School and several generations of students by seeing common logical and ethico-religious themes in the works of Soren Kierkegaard and Ludwig Wittgenstein. Holmer is perhaps the preeminent interpreter of Kierkegaard with his analysis of the logic of Kierkegaard's ""truth as subjectivity"" and ""the morphology of the life of Christian belief."" In his polemical and constructive work The Grammar of Faith, Holmer explored the significance of the later philosophy of Ludwig Wittgenstein for theology and proposed a critical alternative to contemporary academic theology. In his C. S. Lewis: The Shape of His Life and Thought, Making Christian Sense, and various essays now compiled in The Paul L. Holmer papers, Holmer's reassessment of the traditional concepts of virtues and vices, his recognition of the importance of Christian praxis in providing the context for theological and ethical reflection, together with his emphasis on the role of emotions and passions in the life of faith, portray how the Christian faith forms character and helps one ""make sense"" with one's life.

""We are indebted to Richard Rollefson, for his book is a reliable and stimulating guide to the thought of Paul L. Holmer, a book that does justice to the depth and complexity of one of the most provocative and interesting philosophical theologians of his generation.""
--from the foreword by David J. Gouwens

A graduate of Yale Divinity School, where he studied with Paul Holmer, and the Graduate Theological Union, Dr. Richard Rollefson is a Lutheran (ELCA) pastor who has served churches in the San Francisco Bay Area, Milwaukee, and San Diego, and was a participant in the Pastor-Theologian Program of the Center of Theological Inquiry at Princeton Seminary.