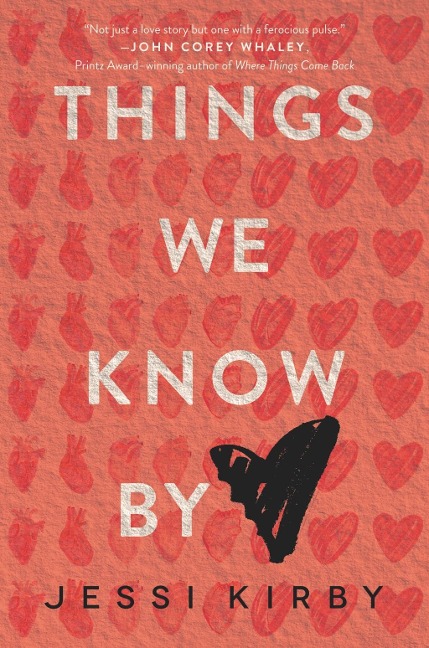 Things We Know by Heart

In this unforgettable novel, Quinn Sullivan falls for the recipient of her boyfriend's donated heart. Printz Award winner John Corey Whaley calls it "not just a love story, but one with a ferocious pulse.”

After Quinn's boyfriend, Trent, dies in an accident their junior year, she reaches out to the recipients of his donated organs in hopes of picking up the fragments of her now-unrecognizable life. But whoever received Trent's heart has chosen to remain silent. The essence of a person, Quinn has always believed, is in the heart. If she finds Trent's, then in a way, she will still have a piece of him.

Risking everything to get closure once and for all, Quinn goes outside the system to track down nineteen-year-old Colton Thomas, whose life has been forever changed by this priceless gift. But what starts as an accidental run-in quickly develops into something more, sparking an undeniable attraction. She doesn't want to give in to it—especially since he has no idea how they're connected—but the time Quinn spends with Colton makes her feel alive again. No matter how hard she's falling for Colton, though, each beat of his heart reminds her of all she's lost . . . and all that remains at stake.

Perfect for fans of Sarah Dessen, this unique and emotional story about an unexpected bond between two strangers will leave no heart untouched.

Jessi Kirby is a writer for young adults whose first book, Moonglass, was named an ABA New Voices Pick. She has also written five other novels—In Honor, Golden, Things We Know by Heart, The Secret History of Us, and The Other Side of Lost. Jessi lives in central California with her husband and two kids. You can visit her online at www.jessikirby.com.

All My Friends Are Still Dead

Treasures from the Attic