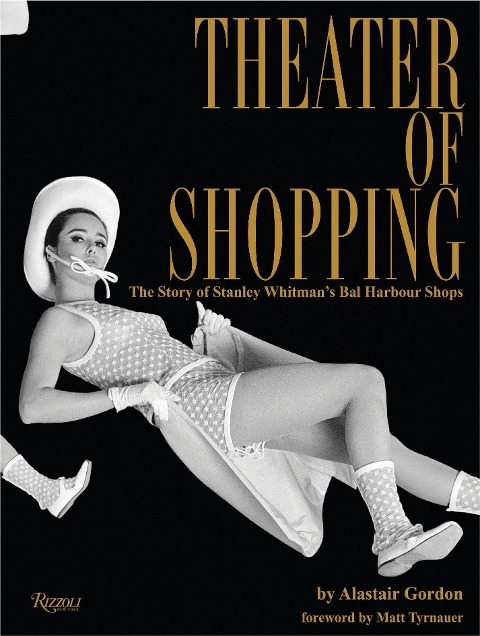 This lavishly illustrated book celebrates one of the most influential and successful retail centers in the world, from its opening in 1965--when it changed the retail landscape by inviting European designers such as Gucci and Valentino to open stores within a shopping mall--until the present day.

Theater of Shopping tells the story of retail visionary Stanley Whitman and the creation of Bal Harbour Shops, the most successful luxury fashion shopping center in the world*, and one of the last family-owned malls in America. Written by critically acclaimed author Alastair Gordon, Theater of Shopping is a cultural history of both a place and a personal legacy. The open-air mall opened in 1965 as a pedestrian-friendly environment that turned shopping into a kind of theatrical event, while featuring the work of young design talents like Valentino, Versace, Mugler, de La Renta, and other foreign designers who were unknown in America before first showcasing their collections at Bal Harbour Shops. The text weaves together fashion, luxury commerce, architecture, landscape design, urban development, and family history, to create a highly readable narrative illustrated with more than 300 images including never-before-published drawings, plans and photographs by renowned photographers including Richard Avedon and Ezra Stoller.

Alastair Gordon is an award-winning critic and author who has written regularly about architecture and design for many publications including the New York Times, New York Observer, Vanity Fair, Architectural Digest, House & Garden, Metropolis, and Dwell. He served as Contributing Editor for architecture and design at WSJ, the Wall Street Journal Magazine for many years. He has published several critically acclaimed books including Naked Airport, Weekend Utopia, Spaced Out, Unfolded, Romantic Modernist, Qualities of Duration and Wandering Forms.
Matt Tyrnauer is a writer, director, producer, and award-winning journalist whose recent films include Valentino: The Last Emperor, which premiered at the Venice Film Festival and was short-listed for an Academy Award for best documentary feature.
Matthew Whitman Lazenby is the CEO and President of Bal Harbour Shops.