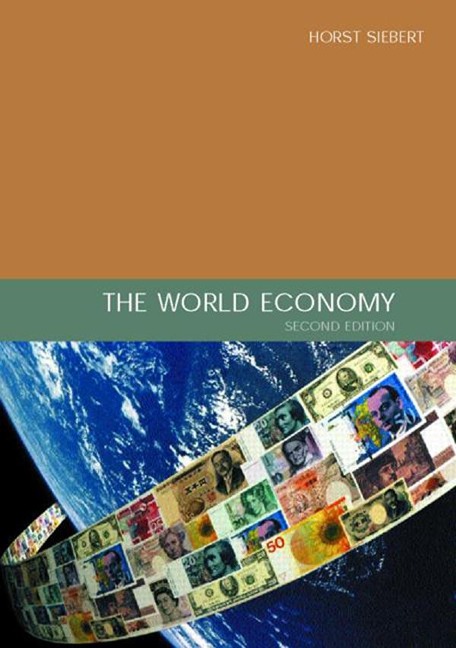 As globalization continues apace, lines of communications are shortening and the boundaries between nations are becoming increasingly blurred. A global perspective is adopted on an increasing range of issues and this is particularly true of economics - no single nation can truly exist in isolation. The second edition of Horst Siebert's The World Economy treats the world as a single entity, considering issues of a global economy, rather than approaching international economics from the viewpoint of any one country. The key issues that have a affected the world trade system since the turn of the millennium are very much to the fore.

Horst Siebert is President of the prestigious Kiel Institute of World Economics, based at Christian-Albrechts University in Kiel, northern Germany. He is a Member of the German Council of Economic Advisers (the 'five wise men') and has been a visiting Professor at Harvard, the Massachusetts Institute of Technology, New York University, Resources for the Future (Washington DC), University of California Riverside, Texas A & M University, the Australian National University, University of Aberdeen and the University of New Mexico.