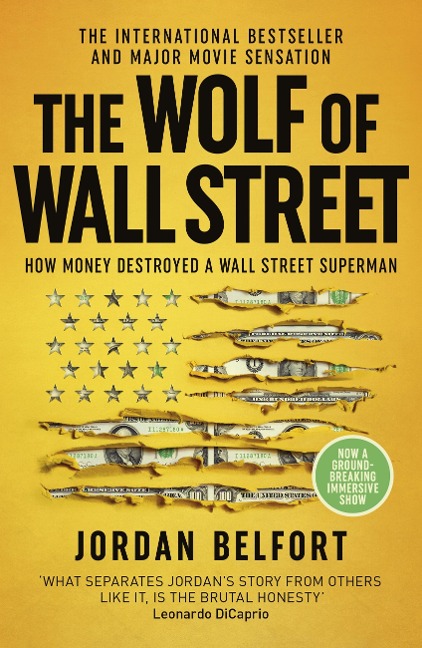 The Wolf of Wall Street

Stock market multimillionaire at 26. Federal convict at 36. The iconic true story of greed, power and excess.

'What separates Jordan's story from others like it, is the brutal honesty.' - Leonardo DiCaprio

By day he made thousands of dollars a minute. By night he spent it as fast as he could. From the binge that sunk a 170-foot motor yacht and ran up a $700,000 hotel tab, to the wife and kids who waited for him for at home, and the fast-talking, hard-partying young stockbrokers who called him king and did his bidding, here, in Jordan Belfort's own words, is the story of the ill-fated genius they called THE WOLF OF WALL STREET.

In the 1990s Jordan Belfort became one of the most infamous names in American finance: a brilliant, conniving stock-chopper who led his merry mob on a wild ride out of the canyons of Wall Street and into a massive office on Long Island. It's an extraordinary story of greed, power and excess no one could invent - and then it all came crashing down.

How to Fail: Everything I've Ever Learned From ...

Life Without Baby: Surviving and Thriving When ...