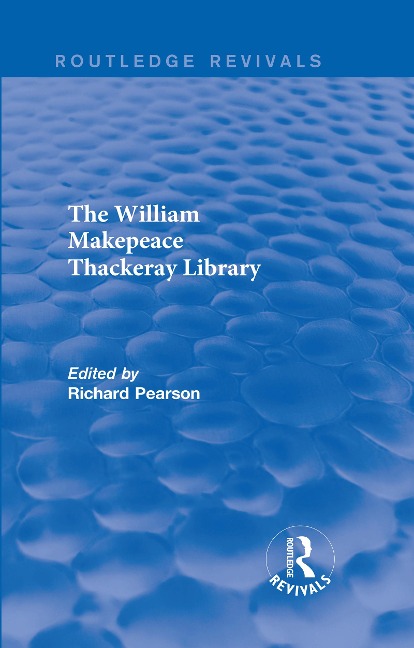 First published in 1996, The William Makepeace Thackeray Library is a collection of texts written by and about the novelist, which provide an insight into his life and works beyond his major novels such as Vanity Fair. It begins with some of Thackeray's lesser-known journalistic work and travel writings and moves on to key works written about the author in the second half of the 19th century and at the turn of the 20th century.

Each volume begins with an informative introduction by Richard Pearson, providing a brief analysis of each text and presenting the context in which it was written.

This set will be of keen interest to those studying William Thackeray and nineteenth-century literature more broadly.