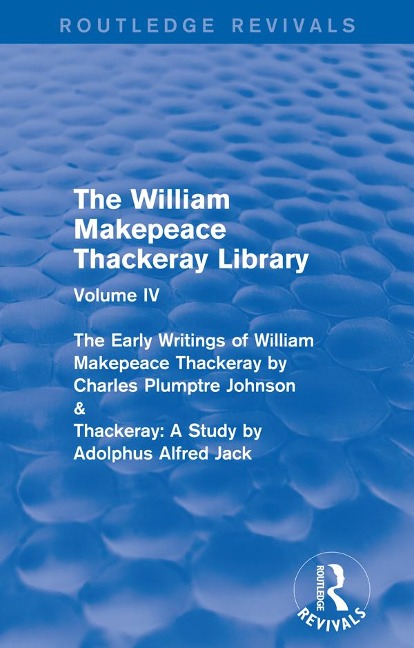 First published in 1996, The William Makepeace Thackeray Library is a collection of works written by and about the novelist. This fourth volume contains Charles Plumptre Johnson's The Early Writings of William Makepeace Thackeray and Adolphus Alfred Jack's Thackeray: A Study. While Johnson's work signifies a landmark in Thackeray scholarship, recognizing his lesser-known work for magazines and newspapers, A. A. Jack's text marks a major reassessment of Thackeray's work in light of the debate on the moral intentionality of fiction. Richard Pearson's introduction guides the reader through the context of each publication, providing a helpful explanation of how and why these works were written. This book will be of interest to those studying Thackeray and nineteenth-century literature.