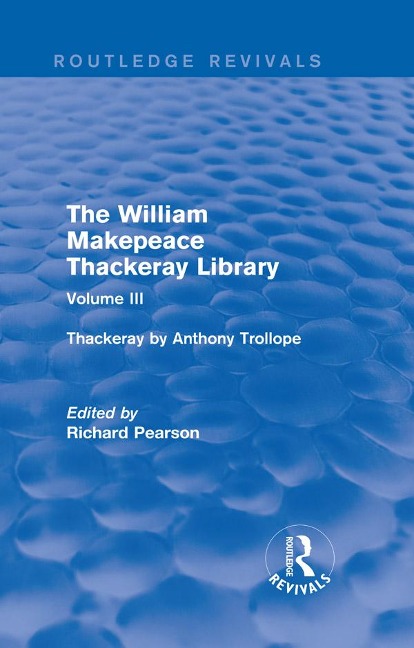 First published in 1996, The William Makepeace Thackeray Library is a collection of works written by and about the novelist. This third volume contains Anthony Trollope's volume on Thackeray from John Morley's series entitled The English Men of Letters. The work signifies Thackeray's move to perceived respectability, placing him as part of the literary establishment, alongside writers such as Spenser, Johnson, Milton, Chaucer, Pope and Wordsworth. The introduction by Richard Pearson outlines the context in which the volume was written and received, including Trollope and Thackeray's relationship and the book's critical reception.

This book will be of interest to those studying Thackeray and nineteenth-century literature.