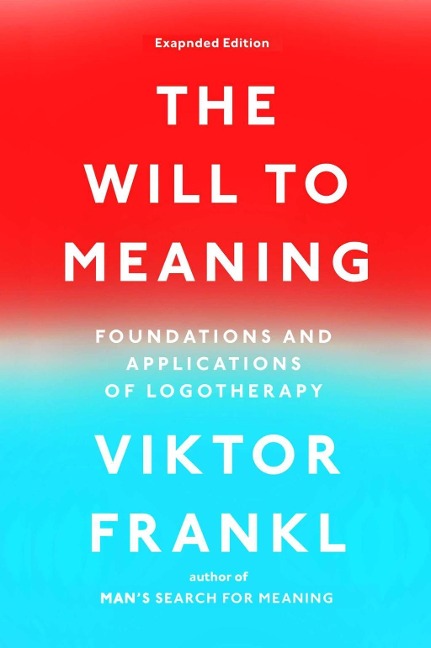 The Will to Meaning

Foundations and Applications of Logotherapy

From the author of Man's Search for Meaning, one of the most influential works of psychiatric literature since Freud.

Holocaust survivor Viktor E. Frankl is known as the founder of logotherapy, a mode of psychotherapy based on man's motivation to search for meaning in his life. The author discusses his ideas in the context of other prominent psychotherapies and describes the techniques he uses with his patients to combat the "existential vacuum."

Originally published in 1969 and compiling Frankl's speeches on logotherapy, The Will to Meaning is regarded as a seminal work of meaning-centered therapy. This new and carefully re-edited version is the first since 1988.

Viktor E. Frankl was the former Professor of Neurology and Psychiatry at the University of Vienna Medical School and Distinguished Professor of Logotherapy at the U.S. International University. He was the founder of what has come to be called the Third Viennese School of Psychotherapy (after Freud's psychoanalysis and Adler's individual psychology) -- the school of logotherapy.
Born in 1905, Dr. Frankl received the degrees of Doctor of Medicine and Doctor of Philosophy from the University of Vienna. During World War II he spent three years at Auschwitz, Dachau and other concentration camps.

Dr. Frankl first published in 1924 in the International Journal of Psychoanalysis and has since published twenty-six books, which have been translated into nineteen languages, including Japanese and Chinese. He has been a visiting professor at Harvard, Duquesne and Southern Methodist Universities. Honorary Degrees have been conferred upon him by Loyola University in Chicago, Edgecliff College, Rockford College and Mount Mary College, as well as by universities in Brazil and Venezuela. He has been a guest lecturer at universities throughout the world and has made fifty-one lecture tours throughout the United States alone. He is President of the Austrian Medical Society of Psychotherapy.He died in Vienna at the age of 92.

My First Polish Things Around Me in Nature Pict...