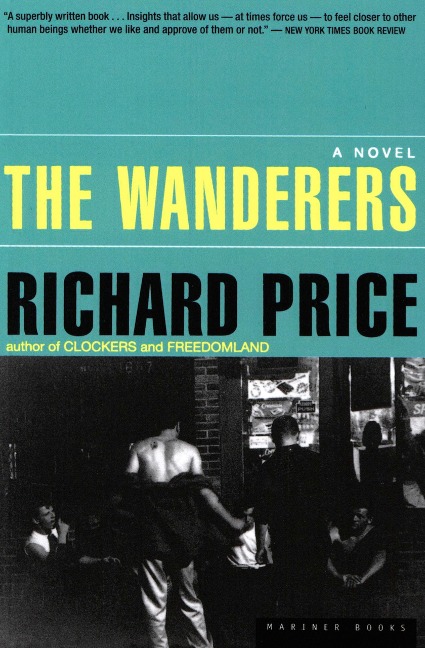 The "extraordinary" novel of a teenage gang in the 1960s Bronx, by the New York Times-bestselling author of Clockers and The Whites (Newsweek).

The basis for the feature film, The Wanderers tells the story of teenagers on the streets of New York City, coming of age and drifting apart. Tormented by cold-hearted girls and cold-blooded ten-year-olds, maniacal rivals and murderous parents, they are caught between juveniles and adults in a gritty novel filled with "switchblade prose" and "dialogue [that] has the immediacy of overheard subway conversation"-from an award-winning author renowned for his writing on HBO's The Wire and The Night Of, as well as such modern-day classics as Lush Life and Bloodbrothers (Newsweek).

"A kind of teenage Godfather with its own tight structure of morality, loyalty, survival, and reprisal." -Los Angeles Free Press

"The flip side of American Graffiti . . . an amalgam of sex, violence, and humor, glued together with superb dialogue and unsentimental sensitivity." -Rolling Stone

"A superbly written book . . . insights that allow us-at times force us-to feel closer to other human beings whether we like and approve of them or not." -The New York Times Book Review

Richard Price is the author of four other novels: The Wanderers, Clockers, Ladies' Man, and The Breaks. Among his credits as a screenwriter are The Color of Money, Sea of Love, New York Stories, Mad Dog and Glory, and Night and the City.